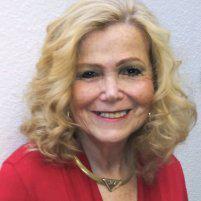 Rona Wells moved from New York City to Las Vegas in 2008. While living in New York City, she worked for two major hospitals: (1) Mount Sinai Medical Center; and (2) Montefiore Medical Center. However, Rona wanted to make a change from the medical field.  So, she Rona started a new career in fundraising working for Jewish non-profit organizations where she helped raise money for various campaigns used to expand their donor base.

Upon moving to Las Vegas, Rona decided to get back into the medical field. Here, she was accepted into a Medical Assistant Training Course at the College of Southern Nevada. She graduated with honors in May 2013.

After graduating Rona obtained employment working for the Turtle Healing Band Clinic (“THBC”) where she assists Dr. Daniel Royal and the other THBC providers physicians as a Certified Tribal Technician in the clinic. In general, Rona’s duties in THBC include the day-to-day office operations, front desk, and helping patients with their medical needs.

While working in her full-time position, Rona returned to the College of Southern Nevada where she obtained an Associate Degree. She graduated in December 2018. When Rona is not working at THBC, she enjoys being an advocate against animal cruelty and fosters animals from rescue groups.